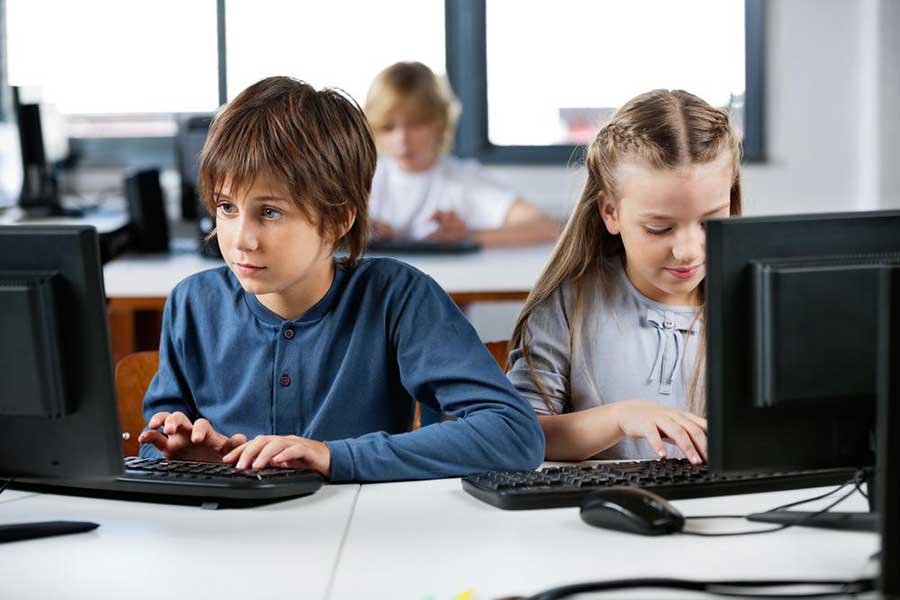 What computer should you buy for your children that is decent and doesn’t cost a fortune? Does computer configuration matter if kids want to use it for online learning compared to when they just want something to browse the web with and play online games? Shopping for a computer can be quite confusing. In this article, we tried to show you how to find the best laptop/computer for your kid that is perfect for online learning or the one that can be also used for gaming.

To begin with, we need to start with some mouthful computer jargon!

CPU: Stands for the central processing unit (the brain of the computer). Most computers today have two or more processor cores that operate separately but within a single chip. There are loads of computer hardware manufacturers but Intel and AMD offer the best processors in the market. Intel Core i3 or Core i5 processors are usually good enough to run applications for online learning. However, if you plan to buy a PC for gaming, we recommend buying a Core i7 processor as games use graphics, and you need a higher processor’s speed compared to normal work.

Importance: As it controls the different parts of the computer and runs programs, the faster the better! (and of course more expensive, so better to stick to what you really need). The speed of a processor is measured by clock speed in megahertz/gigahertz. It means that the higher this number is, the more instructions it can receive. However, manufacturers these days use multiple cores to increase the performance of a CPU instead of raising the processor’s clock speed. Nevertheless, the final speed of a computer depends on some other factors too.

RAM: Stands for random access memory. No program can work without RAM. Basically, it is the short-term memory of a computer that keeps data as long as it is on. MB/GB shows the size of the memory you have on your RAM.  For browsing the Internet, online learning, and just doing everyday tasks a 4GB RAM is enough. Make sure how much RAM you really need for your purpose.

Importance: RAM is one of the key elements that make a computer perform multiple tasks and run faster. Having enough RAM depends on the job you intend to do with a computer. An 8 GB RAM is enough for most games. If your child is enrolling in one of our coding courses you can even use a tablet or a smartphone. However, if you want to purchase your kid’s first computer, it’s better to invest in something that has at least 4GB RAM to ensure it won’t turn sluggish.

HDD/SSD: Hard Disc Drive and Solid State Drive, or basically the physical memory of your computer where the data and files are stored for long time use. HDD has a physical spinning disc inside it and in 3 years it will start to slow your computer down for sure, regardless of the brand. Hence, we highly recommend SSD, which is more like a high capacity flashcard inside your computer. It will take a really long time to wear off and generally fails much less than old standard HDDs. The only benefit of HDDs is that they are cheaper and available with more storage space.

Importance: The difference between SSD and HDD is their technology. SSDs, although more expensive, are faster, more durable, and use less energy compared to HDDs.

Graphics Card: The images and all graphical components that you see when you turn on your computer are generated by some sort of Graphical Processing Unit or GPU. This unit can be “integrated” (embedded in the motherboard) or be added (called discrete graphics cards) as an extension.

Importance: A dedicated one is needed if you play games. We recommend having it since kids might want to download games one day or another.

Cooler: A computer fan that can be inside or attached to it in order to remove the heat generated by computer components.

Importance: The heavier the stuff that your computer runs, the more cooling power it will need. If you are planning to play games on a PC, make sure you mention it in the store and have a more powerful fan installed to cool down the processor. This usually only applies to heavy gamers and for those who use their computers for animation making and film editing.

Kids computer requirements in a nutshell

What is an operating system? Which one is the best for children’s computers?

An operating system (OS) is a software installed on a computer’s hard drive that makes the communication between computer hardware and software possible. There are different kinds of operating systems for different purposes. For example, Linux is more for professional users while everyone can enjoy using Microsoft Windows easily. The second most popular operating system is macOS, the one that Apple designed for iMac and MacBook. Among all user-friendly operating systems, Chrome OS is a relatively new one; designed by Google for Chromebooks (laptops, or tablets) and written in C, C++, JavaScript, Python, and Rust.

The best computer/laptop for your kid is probably the one that runs Windows. It is not only suitable for gaming and online learning but is compatible with the majority of software programs in the market. However, if your budget is tight, you can opt for a Chromebook. Just bear in mind that they use lower-performance processors and the main use of Chromebooks is office work and normal usage (but since 2019, you can play android games and PC games by “subscribing to a virtual PC”).

Even though Chromebooks are well established in educational environments, we suggest considering the nature of the online course that your children want to attend before buying one. In fact, using these devices for online learning depends on the course and the model of your Chromebook. For example, if the course requires installing a software that needs a high configuration (like 3ds max) you clearly can’t use a Chromebox.

The best computer for kids also needs to be able to work offline as well, and this is something that Chromebooks don’t support except for a number of apps (GSuite). Another downside of Chromebooks is their keyboard which is slightly different from a standard one. Looking on the bright side, all the models released after 2017 can run android apps which means you can use them to introduce coding to your kids via coding games. Our teacher guided coding courses are also compatible with Chromebooks, smartphones, and tablets.

Mac OS is designed for Apple MacBooks and iMacs, a Unix-based operating system, considerably safer than Windows and Chrome OS but with less control than the former.

Should you buy a Mac?

There are several advantages to Apple devices. They are durable, invincible from malware, and effective for multitasking. Mac is a great option for learning how to code and doing schoolwork if money isn’t a concern for you. They are also excellent choices for video editing and designing. So, if your children’s main intention is not gaming, you can go for a Mac. However, if your child wants to use it only for playing games, downloading programs, or doing things that need hardware performance buying a MacBook or an iMac is not a wise decision.

Firstly, Mac machines use their own optimized software which can cost you a lot. Secondly, they are not designed for gaming. Developers tend to use Microsoft DirectX API to create games. It means that games are not well-written for Mac machines because there is no equivalent for API on Mac OS, so gamers have fewer options and a less satisfying gaming experience compared to a Windows machine. Not to mention that the more affordable models don’t come with the best GPUs. Besides, upgrading hardware components for Mac computers is impossible which makes it not a good option for gamers.

Choosing the best computer for children depends on your priority and budget. Windows is the best OS for gamers and educational purposes with its user-friendly interface and compatibility with devices and software programs. In addition, you wouldn’t worry about constant access to the Internet which is a must for Chrome OS or downloading games/programs that is a downside for Mac OS. On the other hand, Mac OS is a great option for designing and educational purposes as long as software companies provide web apps or you can install the program you need on your Mac.

Other devices you can invest in for coding: Tablet- Smartphone

The upper primary years (7-11) are perfect for allowing children to have their own tablets. If your child is a preschooler and you want to expose him/her to the basics of programming for the first time, you can invest in a mediocre android tablet/smartphone. You can also just let them use your own phone. These devices allow them to attend online courses or engage in learning with coding apps and games. However, they can’t try real programming languages with them. You can easily run our programming courses on every android and iOS device.

We tried to introduce some of the basic features that a good computer for online learning has. We assure you that if you follow the minimum requirements guide for a suitable computer, you won’t need to spend a fortune on the best laptop/computer for your kids. Just bear in mind that you can always upgrade a PC later but some modern laptops have limited upgrade options.

There are some affordable choices in the market these days, absolutely perfect for online learning purposes. If you’ve come across such models, please don’t forget to share your experience in the comment box. You can also take a look at our other article 12 advantages of online courses compared to traditional face-to-face learning. 12 soft skills that children acquire through coding is another article that helps to know more about online learning and coding for kids.

Tag:Online Learning for kids, What computer to buy for child or kid. 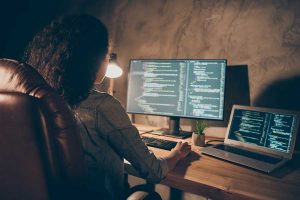