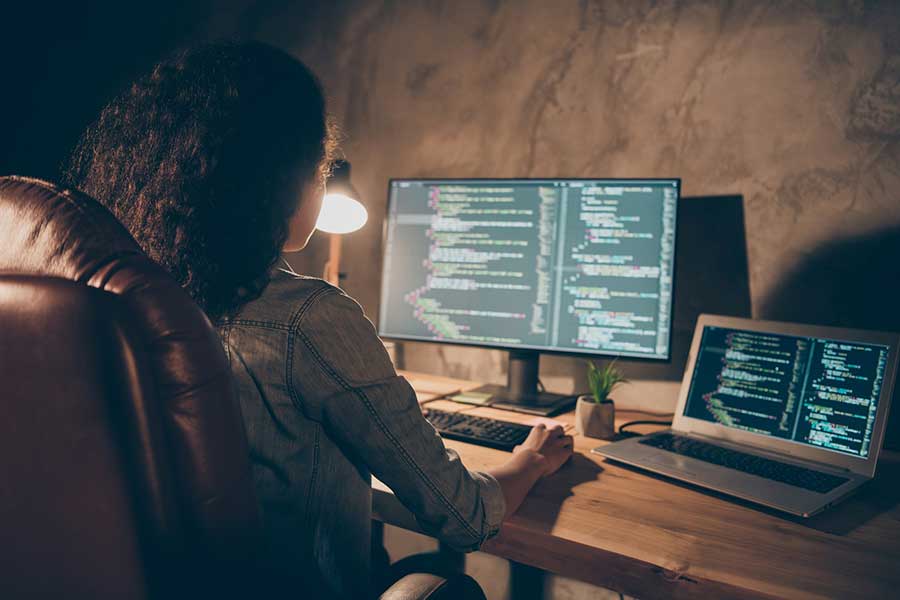 Coding for girls may be something that occurs to parents’ minds less due to a number of reasons. For example, some negative stereotypes about girls ability in STEM or showing less interest might be the reasons that you haven’t given much thought to programming for girls.

In this article, we’ll go through some historical facts, mention some important factors that you need to consider, and give you some tips before starting your daughters’ programming journey.

Why coding for girls is important

Programming is one of the most in-demand careers of the future. With the growth of online businesses, there is and would be a shortage of web developers and other programming jobs in countries such as the US, Canada, and the UK. Besides, having coding skills when applying for a job in banking, accounting, or any job that deals with data makes them more recruitable.

2. Having a Higher Salary

Studies suggest that women working in the STEM industry, gain as much as 35% more than females working in other fields. Some giant tech companies like Apple and Amazon are implementing strategies to attract more female coders. This is one of the reasons why coding for girls should be started early.

3. Elimination of the Pay Gap

Generally speaking, women are paid less than men for doing the same job but this is not the case in entry-level programming jobs. Therefore, encouraging girls to code and having them participate in coding for girls courses from an early age will ultimately boost their odds of landing a well-paying job. With having more female coders this pay gap has to be reduced.

Boys outnumber girls when it comes to choosing a STEM career. There is no reason for holding girls back from filling this gap. In fact, governments encourage doing the opposite; closing this gender gap will increase Gross Domestic Product by 26%.

Studies show that gender inequality affects economic growth negatively. By encouraging girls to learn to code and enabling them to have equal access to education, we can boost economic growth as well.

Imagine your daughter building and designing her own website while she is still a high school student. She can get a job early or start her own business. Creating art projects, building games, and animations are just a fraction of the benefits that coding for girls brings for your daughter.

Here at the Embassy. Education, we have special courses for kids that enable them to create whatever they want. Based on your daughter’s age and interests, we enroll her in the best coding course.

Coding for girls isn’t hard: They are born coders

There are some soft skills that kids acquire through coding, but many girls already show some of these traits naturally. In order to be a good programmer, kids need to possess or develop these skill sets.

Generally speaking, girls are more dedicated to the tasks they’re working on. Also, many of us believe that girls are better at multitasking while boys have a greater focus on a single task which is not true. A recent study published by PLOS One shows that both genders have the same ability for multi-tasking with the exception that females do more work. This dedication, if put in coding for girls program can bring them wonderful results.

Girls have better control on a continuous performance task while boys are good at things where they can see immediate results, for example, engineering.

Girls are already outperforming boys at school and university. This is because they mature earlier, have better reading skills, do more homework, and tend to listen and sit longer. This is another reason that learning how to code for girls may lead to more satisfactory results. Of course, by saying this, we don’t mean that boys are slow learners. We simply want to say that since programming needs self-discipline, practice, and persistence, girls can outshine.

4. The Urge to Prove Oneself

Although programming for girls isn’t a new concept, working in a male-dominated industry is a whole other story. Female programmers are far fewer than their male counterparts and there is an unconscious bias when it comes to their coding skills. To prove that they’re equal to men in terms of efficiency, they tend to work harder. A study published by Hive in 2018 supports this claim; women contribute 10% more at work than their male colleagues do.

Women were recruited to calculate missile ballistic trajectories during World War II. They did this job by a primitive computer called the ENIAC, invented by men and programmed by women. During and after that time, computer programming was conflated with low-level clerical jobs usually performed by women. Some would even argue that programming was a “woman’s job”—similar to knitting or sewing.

In addition to this, pop culture believes that the first computer programmer was a woman: Ada Lovelace who wrote an algorithm for a mechanical computing machine in the mid-1800. Since then, Dr. Grace Hopper (the first person to design a compiler for a programming language and the creator of FLOW-MATIC the first English-Like data processing language), The Harvard Computers (a group of female data scientists), and many more famous women have stepped into the field of computer science and contributed to this industry.

So, if ever someone tried to discourage your daughter from learning how to code, just remind her of these simple facts.

Tips for Girls coding: How you can encourage your daughter

While we admitted that there are challenges in the way of coding for girls, There are things that you as a parent can do to pave the way for them.

Break gender stereotypes of children’s toys: Please consider buying toys that traditionally are aimed at boys. STEM toys, robots, DIY engineering, and science kits can be interesting for girls too.

Reduce prejudice and discrimination: Unfortunately, parents and teachers can have unrecognized bias toward girls’ abilities and this could affect their achievements. Studies show that girls from boy-biased families score lower than other girls. If you want to avoid this prejudice, encourage your daughter to take less traditional classes and activities.

Enroll them in a coding course: A coding course may be a good starting point for your daughter to figure out if she likes it. We offer different coding courses in several programming languages to suit everyone’s needs.

Find a female role model: Coding for girls can be more inspiring if they visit a successful woman in this job. Use your social network to find one and if you think you can’t find any, give LinkedIn or other social media a try. You might find someone eager to help your daughter.

Find a good mentor: Mentors develop a personal bond with the mentee and their relationship becomes long-term. Not only do they advise on their education and career choices but also they guide girls through the way. Therefore, they can be even more helpful than the role models.

Look for resources: From coding books (fiction and nonfiction) to TV characters and online resources, try to find someone that your daughter can relate to in terms of personality, interest, appearance, etc. Look for the characters that succeed through their hard work.

Don’t underestimate the power of language: Give constructive feedback. Praise her wit and hard work when she has achieved something. This will have a significant impact on their confidence and encourages them to keep up the good work.

Help her have a growth mindset: Growth and fixed mindsets refer to the beliefs people have about their own intelligence and learning abilities. A person with a growth mindset believes that his/her skill can be developed by implementing the right strategies, hard work, and input from others.

To help them achieve this, have them try new things now and then to challenge themselves and recognize the improvement when they succeed.

Coding for Girls: The Obstacles

Coding for girls wasn’t always encouraged. Thankfully, girls have fewer obstacles these days yet there are some challenges on their way that parents should realize and learn how to minimize them.

A mentor can share her career path and experiences with girls. They need to hear tips from someone who has already been in the tech industry to imagine themselves being a part of it.

Many teachers in STEM classes associate girls satisfying performance with their effort while boys’ performance is indicated by their ability. Boys are encouraged to work harder when they don’t achieve the desired results. Conversely, girls might be seen as not having the talent.

With the rise of personal computers in the 80s and advertisements aiming at boys, programming once regarded as a “woman’s job” came to be seen as a job better suited for men. Consequently, the number of women majoring in computer science dropped from 40% to 17%, and women were pushed away from the industry. For the fact that boys who loved computers were perceived as better candidates than girls who liked math. However, coding for girls programs can help them to reclaim the place once belonged to them.

If your image of a computer programmer is an anti-social boy who loves gadgets and computer games, that’s for a reason. Even the image of a female coder lacks femininity. Girls may feel that if they don’t share these traits they wouldn’t fit.

The median annual salary for women is less than their male counterparts for doing the same job. In the technology sector, women earn up to 28% less. This may discourage girls to pursue a career in this industry.

Female prominent software engineers of the ENIAC didn’t get recognition until they were in their seventies. In fact, historian and scientist Kathryn Kleiman was told they were “models” when she saw them in a photo for the first time. While more women are given the credit they deserve these days, a good deal of their contributions are still invisible.

Coding for girls is a great idea!

A few years ago, many people would rather persist with negative stereotypes about girls’ ability in STEM, and it was more likely than not that programming for girls would be an intimidating subject. But it doesn’t need to be this way anymore. We hope that your daughters achieve what they deserve by considering these factors and implementing our tips.